Zach is a native of Cincinnati and a 1995 graduate of Moeller High School where he played football and lacrosse. He continued his lacrosse playing career at Ohio Wesleyan University earning a degree in physical education. After graduation, he started his coaching career as an assistant coach for Ohio Weslyan. He spent six seasons there before excepting a job with Lacrosse America where he ran youth and high school lacrosse leagues in Chicago. He just started his sixth year teaching physical education and has worked at St. James of the Valley, Cardinal Pacelli and now GSCM.

Zach resides in West Chester with his wife Jenny, and their three children, Matthew, Juliana, and Thomas.

Erin attended Benedictine College in Atchison, Kansas and earned her Bachelor of Music Education degree in 2013. In college, her primary instrument was the cello. There, she played in the Benedictine College/Atchison Community Orchestra and served as the principal cellist during her senior year. After graduating, she spent four years in Dallas, Texas teaching music at a K-8 catholic school. Erin moved to Cincinnati in 2017 and took a year to stay at home with her daughter, Bernadette, and also subbed for music and P.E. at GSCM. Currently, Erin plays cello with the Cincinnati Civic Orchestra and sings in the adult choir at St. Gertrude Catholic Church. In her spare time she enjoys canoeing, crafting, and spending time with her family. 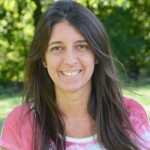 Born in Buenos Aires, Argentina, Maria Soledad Monteforte is a native Spanish-speaker who brings a wealth of knowledge about the Spanish language and the cultures of various countries. As an adult, she lived in both Brazil and Mexico before moving to the United States. Maria has taught at the Children’s House and in the Mason City school district. She loves integrating songs and games into her classes and is always amazed at how quickly her students learn. When she’s not in the classroom, Maria and her husband enjoy traveling with their two daughters. 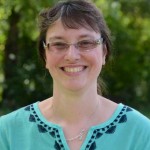 Joyce Lewis earned a B.A. in Spanish from Central Washington University, and a Masters of Arts in Spanish Literature from the University of Cincinnati. Mrs. Lewis has a wealth of experience teaching Spanish at the junior high, high school, and college level. Joyce started teaching at GSCM in 2012. Before teaching at GSCM she taught for 14 years as a Spanish teacher at high schools and an elementary school in the Archdiocese of Cincinnati and for 2 years at the University of Cincinnati.

Before being blessed as the mother of Audrey, Myrna, Beatrice, Iris, Natalie, Vivian, Teddy, and Ingrid… Jennifer grew up as an Ohio 4-H er,  Toledo Notre Dame girl, making art projects and looking forward to any poster contest or sewing project she could enter.
In the ’80’s, she received my Bachelor’s degree in Art & Design from DAAP at University of Cincinnati.

Her story got even better when she met Ted Borgert. They married and dedicated themselves to raising a Catholic, home schooled, family of artists, musicians and hopefully good- to-be -with sort of people. In Jenifer’s free time, she offer her sewing skills to priests for their vestments and to brides for their wedding attire. Jennifer wishes she had more time to read, paint for the fun of it, and be outdoors.

It is with continued eagerness for making projects and sharing my knowledge of Art History that Jennifer joins the faculty at Good Shepherd Catholic Montessori.

Jeanne  teaches nature classes to the K students. Her background consists in nature classes from the Cincinnati and Hamilton Park naturalists, Cincinnati State native plant classes taught by Don Brannon and the study of trees with Denis Conover at the University of Cincinnati. Learning about what is living and growing all around our school is what happens in this nature class. From oak trees to golden rods…from squirrels to robins  and from nature trails to creeks.

Dana graduated from the University of Tennessee in 2010 with her bachelor’s degree in Psychology. She served as a research assistant for two years, working on studies related to student and athlete motivation. She moved back home to Cincinnati where she served as an intern for the Cincinnati Reds before completing her master’s in special education at the University of Cincinnati in 2014. She moved with her husband to the Louisville area and was an intervention specialist as well as a behavior specialist in the Jefferson County Public School system. During this time, she completed her second graduate degree, a masters in curriculum and instruction, through the University of Cincinnati. In 2017 Dana moved back to Cincinnati with her family and has worked as an intervention specialist within the Archdiocese ever since. Dana has worked with a variety of students throughout her time as an I.S. including students with Autism, ADD/ADHD, Down Syndrome, Behavioral Disorders, Hearing Impairment, Sensory Processing, and Vision Impairment.