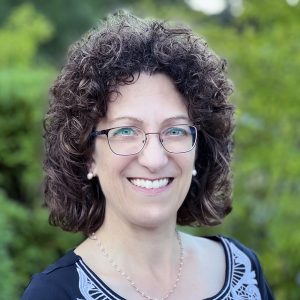 Anne Marie joined GSCM in 2017 after spending 5 years as the DRE (Director of Religious Education) at St. Anthony/All Saints Parish in Canton, Ohio. Anne Marie received both her BA and MA in Elementary Education from Walsh University in North Canton, Ohio. She taught in Catholic Schools for 12 years at both Villa Montessori Center in Cleveland, Ohio and Regina Coeli/St. Joseph School in Alliance, Ohio. She received her Pre-Primary Montessori Certification from Walsh University and her Elementary I Montessori Credential from Montessori Opportunities. Anne Marie is trained in all three levels of The Good Shepherd Catechesis and has been a catechist for over 20 years. She established the Catechesis of the Good Shepherd at St. Anthony/All Saints Parish in Canton, Ohio in 1997 and oversaw the formation of all levels of atria at the parish. She is a recognized Formation Leader for Level I as well. Anne Marie served on the Youngstown Diocesan Council for Catechesis from 2001-2007. She completed a MA in Pastoral Studies with an emphasis on the Catechesis of the Good Shepherd in 2017 from Aquinas Institute of Theology out of St. Louis, Missouri. Anne Marie enjoys reading, baking, working crossword puzzles, and spending time with family.

Kristin joined the staff at The Good Shepherd Catholic Montessori in 2016 as the Social Media Director after being a GSCM parent since 2010. She is also a GSCM staff photographer. Kristin holds a degree in graphic design and has worked in advertising agencies as a Creative Director and Social Media Director throughout the greater Cincinnati area. She has 2 children. The youngest attends GSCM and the oldest works in advertising and lives in Tokyo, Japan. Kristin enjoys cooking, gardening, painting and is an avid photographer. 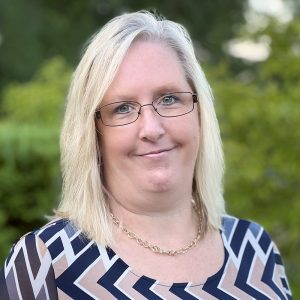 Becky joined GSCM in August 2020.  Before joining GSCM she worked at The Seven Hills School for 20 years as the Secretary at Doherty Campus.  In her time there she was Co-Chair of the Outdoor Program which took kids on exciting outdoor adventures such as Canoeing, Biking, Camping, Ski Club, Tubing and Rock Climbing. Also, she Co-Chaired an annual trip to Washington, D.C. and helped plan the annual trip to Colonial Williamsburg.  Many weekends she can be found helping to plan events and weddings and has helped many young couples with their special day. She enjoys spending time with her husband and three teenage children, playing sports, and being outdoors 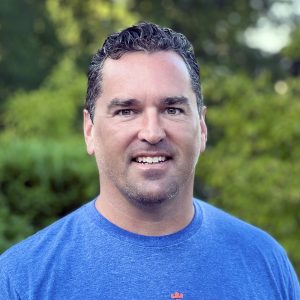 Zach is a native of Cincinnati and a 1995 graduate of Moeller High School where he played football and lacrosse. He continued his lacrosse playing career at Ohio Wesleyan University earning a degree in physical education. After graduation, he started his coaching career as an assistant coach for Ohio Weslyan. He spent six seasons there before excepting a job with Lacrosse America where he ran youth and high school lacrosse leagues in Chicago. He just started his sixth year teaching physical education and has worked at St. James of the Valley, Cardinal Pacelli and now GSCM. Zach resides in West Chester with his wife Jenny, and their three children, Matthew, Juliana, and Thomas.